Keep up to date with our latest blog posts, new widgets and features, and the Common Ninja Developer Platform.

Micro SaaS has been gaining unprecedented popularity in recent years. Similar to traditional SaaS, micro SaaS focuses on using a subscription-based service to provide users with continuous access and updates to the software.

Micro SaaS is very similar to general SaaS. The biggest difference is that micro SaaS caters to a smaller, more specialized niche of consumers. It focuses on solving a specialized problem using as few resources as possible, reducing overhead expenses, and increasing profitability.

If you’re considering creating a micro SaaS product as your next business venture, you probably have quite a few questions. The most important thing is to make sure your venture will be successful, and taking notes from some of the most successful existing micro SaaS companies can give you some valuable insights.

What Is Micro SaaS?

Micro SaaS is essentially a smaller version of traditional SaaS, or “software as a service.” One of the most widely-known definitions of micro SaaS can be attributed to Tyler Tringas, the founder of the popular micro SaaS solution Storemapper.

Tyler Tringas defines micro SaaS as, “A SaaS business targeting a niche market, run by one person or a very small team, with small costs, a narrow focus, a small but dedicated user base, and no outside funding.”

Functionally, it’s incredibly similar to traditional SaaS. They share the same philosophy of creating a recurring stream of revenue, but while SaaS does this on a large scale, micro SaaS caters to a very niche group of customers.

Micro SaaS businesses create their solutions using as few resources as possible. Their teams may be comprised of 1-3 people, which helps to keep costs down, and since they only focus on a small market, not much marketing is needed to be successful.

Although micro SaaS businesses are relatively low cost and low risk, it’s important to completely flesh out your micro SaaS idea before investing any time or money into it. Below, we’ll discuss some qualities that have helped our top seven micro SaaS companies become as successful as they are.

Micro SaaS is becoming more and more popular, and there are now companies that work with a range of various niche markets. However, when you look at the qualities of successful micro SaaS companies, you’ll notice they all have a few things in common. These include:

When developing a micro SaaS business idea, simplicity is key. This is true for both user experience and your company’s operations. Start with a very clear picture of your overall goals. These include:

When you streamline your operations, you’ll have an easier time creating an easy-to-use interface. Put yourself in the mind of the customer — the path from A to B should be incredibly simple. Your software should be easy to understand, navigate, and implement.

If you have the right idea for your micro SaaS business, it will either be the only solution to a certain problem or the best solution available. Whatever the situation is, offering consistent updates that address bugs or add new features is key to staying relevant and ahead of the game.

A micro SaaS solution is not a “one and done” product. You need to keep an eye on the feedback from existing customers to see if they’re experiencing any problems, as well as any reviews that state their wishes for additional features. The best way to keep your customers committed to your product is to focus on constantly improving it.

Perhaps the most important aspect of creating a successful micro SaaS company is picking the right problem to solve. Before you do anything else, you need to pick the right market. The market you work in can make or break your business’s success. Be sure to choose a growing market, or one you have personal experience with that you know has widespread problems.

Some micro SaaS companies find success by developing a product that addresses the same problems as other products, but in a way that’s either significantly better or more cost-effective. However, most businesses will see the highest level of success when their product solves a problem that no one else is solving.

You already know the problem exists. So, your company’s goal should be to solve that problem in the best possible way to attract as wide an audience as possible. Having virtually no competitors is just a bonus!

Carrd started out with an idea to create a simple site builder and has since evolved into one of the most popular one-page website builders out there. Carrd was designed by a web developer and designer named AJ, who decided to work on it as a solo project.

While his original idea was to create a site builder, he soon realized that he didn’t want to create anything too complicated. Thus, the final product became a website where you could create what was essentially an “online business card.”

Today, you can use Carrd to create a one-page website for different purposes, including personal portfolios or landing pages. Carrd uses the freemium model. You can create an account for free, then upgrade to the Pro version at any time to access the following features:

Carrd is successful because it’s simple, responsive, and appeals to a wide range of a small demographic.

Storemapper was founded by Tyler Tringas, one of the most well-known experts in the micro SaaS industry. The idea came to him in 2012, when he was working as a freelancer for eCommerce companies on Shopify.

Many of Tringas’s clients were looking for a plugin that would allow them to list all their store locations on a map, then let clients type in their zip code to find the closest location to them. Although the idea seemed simple, he noticed there weren’t any good “plug-and-play” options available. So, he created his own.

Storemapper follows the #1 philosophy of micro SaaS — take a widespread problem that no one else is addressing, then address it in the best way possible.

Commando was created by Justin Keller, who used his own savings from various tech consulting jobs to bootstrap the operation. Commando’s mission is to help small businesses manage their servers easily online, helping them become more efficient and improve their workflow.

Commando’s niche is small businesses and start-ups with less than 100 servers. Subscription plans start at $12 per month, and upgrading to higher-paid plans gives you access to things like:

Overall, the goal is to simplify server management. Commando also offers integrations with DigitalOcean and GitHub, allowing you to automatically import and tag droplets and easily deploy code to your servers.

ProveSource was founded in 2018 by Yosi Dahan and Natan Abramov. Their idea revolves around “social proof,” which can help increase credibility and sales for eCommerce businesses.

Before they began working on ProveSource, Dahan and Ambramov validated their idea by creating a landing page where users could enter their email and sign-up for updates regarding ProveSource. Once they established interest in their idea, they began creating their micro SaaS product. Starting with the basics, they have improved their product over time through customer feedback.

ProveSource displays recent orders, page visits, and a live traffic count on your website. Users can click recent order pop-ups to be directed to products that were recently purchased by other customers. This lets people browsing your website know that you are a credible source to deal with, increasing revenue over time.

ProveSource uses the freemium model. Upgrading to a paid plan gives you access to additional features, including a higher number of monthly visitor counts.

Hypefury is a virtual personal assistant that helps people grow and monetize their Twitter accounts. Founded by Samy Didane and Yannick Veys, it began as a way to schedule Twitter threads and has since evolved into a full-blown social media automation tool.

Today, you can use Hypefury to auto-retweet your most popular tweets for increased engagement, turn your blog posts into Twitter threads, and even auto-reply links to paid content under popular tweets for higher visibility. This powerful tool will help you create new content, grow your audience, and sell more products by harnessing the power of social media.

Hypefury became as successful as it is by bootstrapping and only growing when necessary. They’ve avoided spending money unnecessarily by keeping their team small and focusing first on the resources they need to function.

Hypefury also uses the freemium model. When you upgrade to a paid plan, you’ll be able to connect more social media profiles, access analytics, and more.

Karmabot began as an internal rewards-based performance tool, but founders Stas Kulesh and David Kravitz soon discovered that people outside of their organization had an interest in using it, as well.

Since initial development began in 2017, Karmabot has expanded significantly. It now works with Slack, Microsoft Teams, and Telegram to allow teammates to reward each other for good performance with “Karma Points.” The chatbot also collects and processes data to build performance reports.

This is beneficial for both team leaders and team members, as it provides recognition for excellence and valuable insights that can be used to improve company culture. It encourages everyone on a team to work more efficiently, improving performance over time.

After a 30-day free trial, Karmabot has a tiered subscription price based on how many employees you have in your company. The more team members you want to give access to, the more you’ll pay for licensing.

Founded by Leo Bassam in 2017, Plutio is an app that helps freelancers and small business owners manage every aspect of their business. It aims to help you stay on schedule through a wide array of tools, including:

Plutio is an incredibly flexible platform, meaning you can use the platform as you wish based on your unique needs. After a two-month free trial, you can choose between four paid models depending on how many contributors you want to include.

Looking To Start Your Own Micro SaaS Project?

The above companies started small and grew big. If you have an idea for an app or a widget — something new, or a better version of something existing — for e-commerce platforms, or site-building platforms, then you can use Common Ninja’s Developer Platform to build that app.

Common Ninja offers a robust set of tools and integrations with multiple platforms, payment services, and storage services — all of which will not only make your app-building process easier and quicker but will also enable you to scale faster.

Creating a micro SaaS product is no easy venture. You have to make sure you’re solving a widespread problem that no one else seems to be addressing well, in an easy-to-understand and implement way, and providing continuous updates to keep your software competitive. Before you start your micro SaaS journey, take a look at other successful micro SaaS companies and see what has worked well in the past.

How To Build a Digital Signature Pad in React 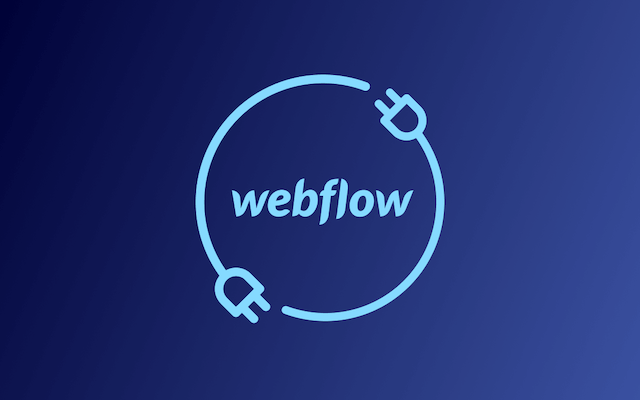 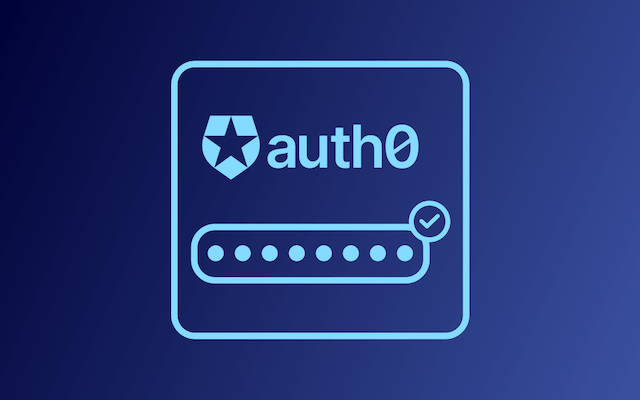 Browse through Common Ninja’s comprehensive list of powerful widgets, discover how they can help you to enrich your website, and try them for free.